Every year Cigar Lovers from all around the world wait with anticipation for the Annual Habanos Festival or Festival Del Habano. The 23rd Habanos Festival was to be an ode to the brand Cohiba as the brand was celebrating its 55th Anniversary and we can assure you that this years’ festival would have been one to remember. Alas, because of worldwide pandemic the the sad but wise decision was made to cancel the annual gathering.   Habanos instead hosted the first ever Habanos World DaysFestival, a virtual event bringing together Habanos Enthusiasts from all around the world.

This first of its kind event launched to accommodate the passion of the aficionados took place over the course of three days with a variety of events.  New releases were announced for the coming year and there were virtual tours of plantations, factories and La Casa del Habano franchises.  There were also informational videos that highlighted various pairings starring Cohiba by some of the world’s leading cigar sommeliers and a quiz to test your knowledge of the Cohiba brand.

As mentioned, the theme for the year was celebrating the 55th Anniversary and this was done by announcing the three launches for 2021. 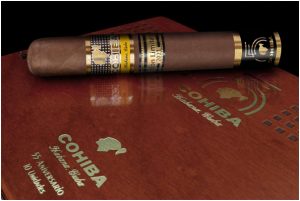 Another in the Cohiba Launch Series is the the Cohiba Ideales (ring gauge 56 by 6.88 Length). There will only be 3000 numbered boxes in shapes of books that identify the serie with 20 units. 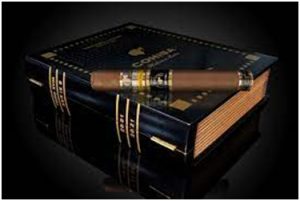 The third and the last in the Cohiba Launch Series is the Cohiba Ambar (ring gauge 53 by 5.1 inches). This will be incorporated in the Linea Clasica line in boxes of 10. 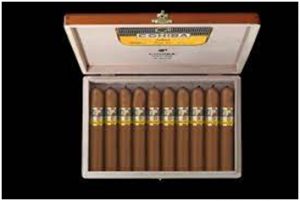 There were also a few other Limited Edition Launch announcements of the Hoyo de Monterrey Monterrey no.4 (ring gauge 55 by5.7 inches) in boxes of 10 and theBolivar Regentes in boxes of 25 (ring gauge 52 by 5.11 inches) and lastly, the Partagas Serie E no Cosecha. 2 Gran Reserva, which are going to be 5000 numbered boxes of 15 sticks each.

There were also additions in the regular portfolios with the introduction of the Montecristo Wide Edmundo  (ring gauge 54 by 4.9 inches).  The Wide Edmundo is going to be sold in boxesof 10 and 25 units as well as in tubes.

Nothing can replace the excitement and the camaraderie of being in Havana for the annual Habanos Festival.  Having said that we are very pleased and proud of the initiative taken by Habanos SA to launch the Habanos World Days in an effort to provide a platform for Habanos Aficionados all around the world as we all try and survive in these difficult times.  The link www.habanosworlddays.com will be available for another 30 days for those who missed the chance of attending it the first time around.